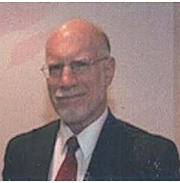 Dr. James Busack, a board certified ophthalmologist, has served Frederick and the surrounding areas for over 20 years. He specializes in precise, small-incision cataract surgery and the management of anterior segment disease, such as glaucoma and corneal problems. Recognized as one of the best ophthalmologists in this area, Dr. Busack has performed thousands of cataract and laser procedures.

Dr. Busack attended The Ohio State University and the US Military Academy at West Point. While on active duty, he received an MBA from the University of Utah. Dr. Busack continued on to medical school at the Philadelphia College of Osteopathic Medicine, and he completed his Internship and Residency at Walter Reed Army Medical Center. After activation for Operation Desert Storm and other assignments, he retired from the Army with over 23 years of service and moved to Frederick, MD.